Mirror, Mirror, on the Wall: Who Has the Most Girl-Power of Them All?

Below is a freelance article I wrote after the release of Snow White and the Huntsman. Though it didn’t get picked up for publication this round (among other reasons, the fact that I misspelled the name of the magazine’s editor in the email wasn’t a winning move), I’m pretty proud of it, and want to share it with you–it’s not just a review of the film, but a comparison between the two Snow White films that came out this spring, and a call for more empowered and honest depictions of women in fairy tale films. Too tall an order? We’ll see…

So it’s pretty clear that 2012 is the year of the pure white virgin with gumption. Snow White and the Huntsman won the box office its first weekend over such nostalgic temptations as Men in Black III and Battleship—to really hook an audience, you have to go farther back than their middle school years. Way back. Two hundred years back, even. Many of you readers may be aware already that this year marks the bicentennial anniversary of the Grimm brothers’ Nursery and Household Tales. It seems that big-budget studios are helping audiences celebrate with last fall’s fairy tale themed shows Once Upon a Time and Grimm and films such as the upcoming Jack the Giant-Killer and Maleficent (a new take on Disney’s Sleeping Beauty).

The fairest tale of them all, however, is the one getting the most Hollywood attention: the Grimms’ “Snow White,” the inspiration for not one, but two feature films this year. The afore mentioned Snow White and the Huntsman, now in theaters, is a medieval fantasy epic starring Kristen Stewart as Snow and Charlize Theron as her black-hearted stepmother, Queen Ravenna. A darkly hued, adventure-heavy take on the fairy tale, Snow White and the Huntsman is interesting enough to warrant positive reviews on its own, but in comparison to this year’s earlier offering, Relativity Media’s Mirror, Mirror, is even more deserving of a closer look. The light-hearted Mirror, Mirror starred Lily Collins as Snow and Julia Roberts as her vain, tittering stepmother. Both films attempt—with varying degrees of sincerity, I might add—to endow lovely Snow with a little more bite as a feminine role model. But here’s the trouble: when fiddling with stories that have been told and retold for over two hundred years, it takes more than a princess with a sword to tell a tale that truly speaks to women. 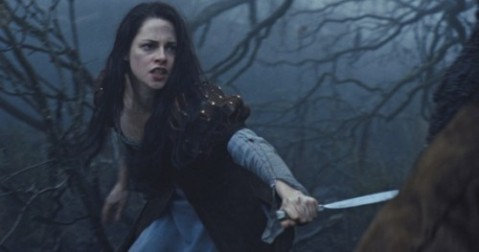 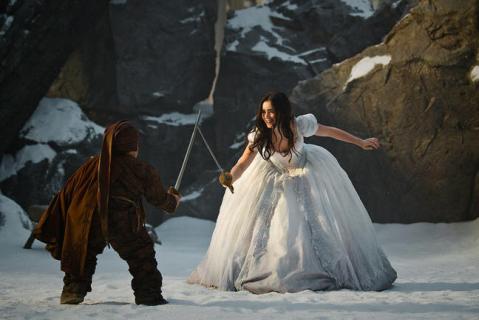 END_OF_DOCUMENT_TOKEN_TO_BE_REPLACED

You are currently browsing entries tagged with Gilbert and Gubar at Something to Read for the Train.