Exit Sendak, Pursued by a Bear: “My Brother’s Book”

In a now-infamous and oft-quoted NPR interview with Terry Gross in 2011, Maurice Sendak mentioned that he was writing a poem about a nose, and that it didn’t matter if no one understood it. 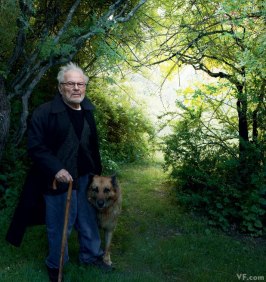 “I’m working for myself at this point,” he said. “This time is for me, and for me alone.”

“I’ve always wanted to write a poem about a nose, but you know…sort of a ludicrous subject,” he continued. “When I was younger, I was afraid of something that didn’t make a lot of sense but time went on, and you don’t have to worry about (your work not making sense to other people). It doesn’t matter.”

He was being completely serious. He was writing a poem about a nose.

His brother Jack’s nose, in fact.

Jack Sendak died on February 3rd, 1995. Now, less than a year after Maurice’s death, My Brother’s Book, his last completed work, is being published. The slim little book is an illustrated poem by Maurice about his brother’s death, and his own journey through grief.

Maurice often credited Jack Sendak as being the greatest influence on his creative life. In that same interview with Terry Gross, he called Jack “my savior.”

“He made my childhood bearable,” Sendak explained in the interview. “He drove me away from the lack of comprehension that existed between me and my parents, and he took his time with me to draw pictures and to read stories, and to live a kind of fantastical life.” 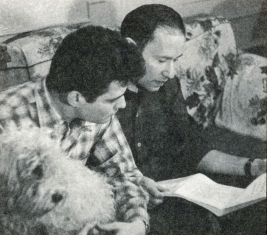 Jack was a writer himself, and he and Maurice even worked on two books together, The Happy Rain (1956) and Circus Girl (1957). As children, they often created stories together, and shared what Maurice called a “creative insanity.”

It’s no secret to Sendak fans that Maurice was always a bit morose, especially after a significant heart attack at the age of 39, in 1967. In the years leading up to his death, it seemed that every article, profile, or interview contained at least one mention, if not several, of Maurice’s thoughts on what he considered to be his impending end, and his sorrow over the loss of family and friends.

An atheist raised in a Jewish family, Maurice Sendak did not believe in an afterlife. “When(people) die they’re out of my life, they’re gone forever.” But when it came to his brother Jack, Maurice told Terry Gross that “I still fully expect to see my brother again.”

Now Sendak is gone, and his final work is one of remembrance. And, yes, a nose. 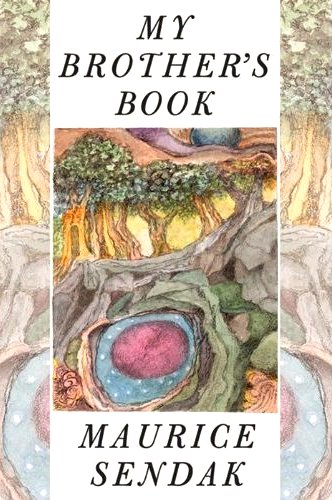 My Brother’s Book is a poem about two brothers, Jack and Guy, who are separated when Jack is frozen in ice: “His poor nose froze.” Jack’s frozen nose is of much concern to Guy, and is the one glimmer of humor in an otherwise delicate and serious narrative of mourning.

Guy drifts to Bohemia—an allusion to Shakespeare’s The Winter’s Tale, of which there are several—and is met by a massive bear who threatens to eat him. Guy bargains with the bear by asking him a riddle—a sad one, by Guy’s own request. The bear then casts him away, through time and space, and Guy and Jack are somewhat reunited.Guy bites his brother’s nose, and holds Jack tight, promising to meet him always in dreams.

The influence of Shakespeare’s The Winter’s Tale is heavy in this small poem, from the references to Bohemia to lines lifted straight from the folio, not to mention the theme of death and reawakening after years of frozen sleep. Exit Sendak, pursued by a bear. 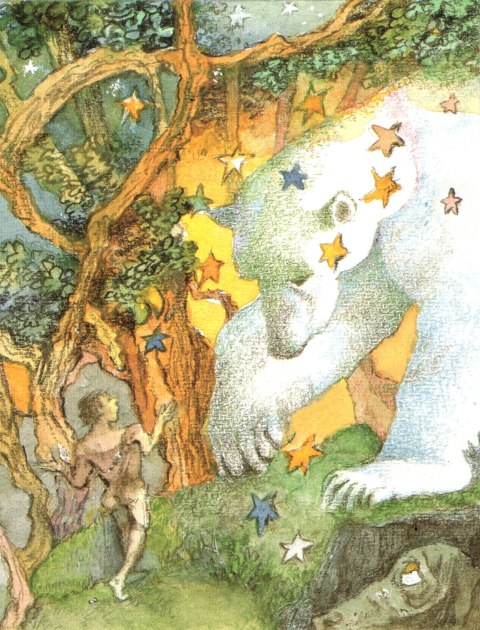 But echoes of Sendak’s more lighthearted books trip through the poem as well, coloring the pages with nostalgia as well as grief—-not just for Jack, but for a lifetime of books and work done. Jack and Guy are obvious stand-ins for Jack Sendak and Maurice himself, but are also hearkeners to Sendak’s 1993 book “We Are All in the Dumps with Jack and Guy.” The picture book was made up of two nursery rhymes smushed (to use a technical term) together.

The most interesting reference Sendak makes to his own work, however, comes from Guy’s own lips, as he speaks in riddles to the bear:

In February it will be

You remember that one, right? You had The Nutshell Library as a kid, sure. Or maybe you had the cassette tape or a VHS of the TV special with Carole King and the Nutshell Kids marking off the seasons with chicken soup, singing “In February it will be/ my snowman’s anniversary/ with cake for him and soup for me!/ Happy once, happy twice/ Happy chicken soup with rice!”

Somewhere between the merriness of so much of Sendak’s work and the touching gloominess that permeated the last year of his life—-in interviews, in profiles, even in his second-to-last book, Bumble-Ardy—-between these things is the twinge a reader feels coming across this line, “In February it will be/ my snowghost’s anniversary.” For those readers who loved the man almost as much as the books—-of which there are so many—-this line is almost like an invitation, a public way into a private grief. You remember that one, right? he seems to be saying. It means something different now—or maybe it always meant everything. Published posthumously, My Brother’s Book has the un-ironic function now of being as much a study of a reader’s grief for Sendak himself as it is a study of a man’s mourning for his brother. You remember that one, right?

Stephen Greenblatt writes in the brief but touching introduction that in Sendak’s world, “love often takes the form of menace, and safe havens are reached, if they are reached at all, only after terrifying adventures.” In My Brother’s Book, life without the people one loves is the terrifying adventure, and grief is personified by the hulking bear that threatens to swallow Guy whole.

This is a small book, and not as painstakingly gorgeous as such books as Dear Mili or Outside Over There. The illustrations almost look like sketches that would have become more tightly formed in another draft. It’s not the one you buy for a toddler’s growing library of classics like In the Night Kitchen or Where the Wild Things Are. This is something different—deeply personal, shuddering with heartache, and beautiful in its candor and simplicity. This is an artifact that celebrates the wondering, joyful and sorrowful man that was Maurice Sendak, and it’s worth having.

§ 5 Responses to Exit Sendak, Pursued by a Bear: “My Brother’s Book”

You are currently reading Exit Sendak, Pursued by a Bear: “My Brother’s Book” at Something to Read for the Train.